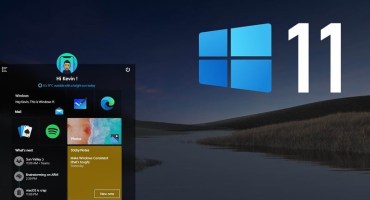 It’s just an incomplete look at Microsoft’s next OS, though.

After dabbling with the (now infamous) Windows 11 leak for several hours, I’ve come to a surprising conclusion: It feels a lot like MacOS. Now hear me out: Windows 11, at least in this early version we’re looking at, is basically a decluttered version of Windows 10. It has some of the optimizations we were expecting to see in Windows 10X, but now that I’m actually experiencing it, I’m getting some serious Mac vibes.

The most obvious difference is the new centered Taskbar. It works like it has since Windows 95, housing the Start menu button, active apps and your choice of shortcuts. But it’s all icons now — I can’t find any options to show Window labels in the Taskbar. That’s something Microsoft has been trying to push for years now, but as a native Windows user, I’ve always rejected it. I’ve preferred knowing exactly what an app or window held before I clicked on the Taskbar icon.

After a few hours though, I’ve gotten used to the Windows 11 implementation. Really, it’s just about forcing you into the default way Windows 7, 8 and 10 handled the taskbar. Just like before, hovering above an app icon shows you its open windows. The centered look makes everything look a bit more like the MacOS dock, which was always just focused on app icons. It’s a small change, but coupled with removing taskbar labels entirely, it goes a long way towards making the interface look cleaner.

If you’re a Windows diehard, don’t worry, you can also push the Taskbar to the left side of the screen. Personally, though, I dig the default centered approach. It balances out the visuals if you’ve only got a few apps open, and I find it easier to hit app shortcuts without dragging my mouse all the way over to the bottom left of the screen.

The Windows 11 leak also shows off a revamped Start menu, which is sure to be controversial. By default, it shows you a collection of pinned app shortcuts, as well as some recommendations. You’ll have to hit the “All apps” button to see the rest of the Start menu. There are options to show your recently added and most used apps, but those seem like holdovers from Windows 10, they don’t actually change anything in the new Start menu yet.

Windows fans may scoff at any changes to the Start menu. After all, one of Windows 10’s big selling points was that it restored that feature to its former glory after Windows 8 unsuccessfully tried to sell us on a fullscreen Start menu. In actuality, though, the Windows 11 implementation may make more sense today. Like the new Taskbar, it’s all about reducing clutter. I rarely scroll through my entire Windows 10 Start menu anymore, so having a large collection of pinned apps is easier to navigate. And if I’m really in a rush, I can still hit the Windows key and just start typing to quickly search for an app. Microsoft is just easing us into a world where we don’t have to fish around the entire Start menu.

Microsoft also added an ingenious way to snap windows without dragging them at all. Now when you hover over the maximize icon in the title bar, you’ll see a dropdown of potential snapping locations. You just have to hit the one you’d like to get the window into position. Maybe I’m just too much of a Windows nerd, but I think this feature alone will fundamentally change the way I work. I hate manually resizing Windows, and I’ve always found the auto-snapping feature to be a bit clunky.

Honestly, this is also a huge leap ahead of MacOS. For all of its design flourishes, I’ve always found window management on Mac to be absolutely chaotic. Typically, I’ve relied on Apple’s Expose feature to move through all of my windows. Without it, using a Mac is just a pain.

Beyond the Taskbar, Start menu and app snapping updates, there are a few visual updates that modernize Windows 11. Window corners are slightly rounded now, and there are refreshed icons throughout the OS. There’s also a new startup chime and a few other different system sounds, but nothing that feels truly transformative. Still, it’s nice to see a new Xbox app, which gives you direct access to everything on GamePass and the usual Xbox social features. Widgets are back as well, though historically they haven’t been too useful in Windows. We’re still waiting for other major changes, like the revamped Microsoft Store that’s been rumored.

So far, Windows 11 just feels like a big Windows 10 update. I was even able to upgrade an existing Windows 10 installation without issue, and all of my existing apps worked just fine. But remember we’re looking at an early leak of the OS, one that I’m hearing is just showing us portions of an incomplete build. There are bound to be many more features coming. But if Microsoft sticks with the core idea of decluttering Windows and making it easier to use, at least Windows 11 won’t be another Windows 8.

Newspaper: Covid-19? Basic signs to know you are infected with Covid-19 and how to handle it